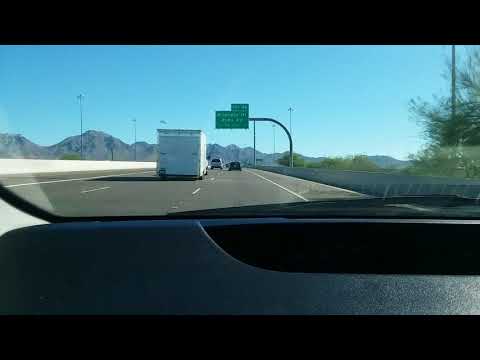 Observations from Vegas trip this weekend

Hopefully this information is helpful if some people are trying to decide whether to go or not.
Stayed at Excalibur (only place that comped me rooms) so most of this information is centered around that casino (I'd imagine it is pretty consistent with MGM properties though (besides the limits))
Friday night there were 4 tables going. 3 of them were regular and $15. The 4th was crapless and $10. In the mornings they would have 1 table going for $10 (crapless) then it would raise to $15 around noon. After noon they would open another table for $15. It was pretty easy to get a spot as the turnover was much faster than usual (more on this later).
As far as the play itself, it was different. Only 3 people per side, so 6 total for the table, and there was plexiglass between everyone. Each time the dealers rotated they wiped down their stations. They switched dice for every new shooter. When players left the table, they did not do any sanitation of the players rail spot, a new person would just walk up. Masks were required unless you were drinking. The dealers all wore masks with face shields over the masks.
In my opinion the plexiglass was the worst part of the experience. Combined with having to wear masks, it was very difficult to even talk or joke with the person next to you. Zero chance for any verbal or non verbal communication for the people on the other side of the table. Normal situations where there would be a big cheer at the table, were basically silent. The camaraderie was not there. I think this is what led to such a high turnover rate at the tables.
One positive (that is also a negative) was that if you like to physically throw the dice, they come around ALOT faster. You get to throw all the time. However, since there are less people at the table and less bets for the dealers to put up and such, hands are played much more frequently. Which in many situations leads to bleeding your bankroll quicker. Which also leads to faster turnover at the tables.
If you are into dice setting and throw from stick L1 (right handed), the plexiglass is an issue as you kind of have to throw around it. So you would have to stand stick R1 for no hindrance (if you throw right handed)
Overall "safety" feel: There were tons of places to sanitize and wash your hands. They even had sinks set up on the gaming floor. Unlimited masks, gloves, and sanitizer available if you wanted. When I checked in they gave me a bag with masks, pocket size sanitizer, and a "clean key" (for touching elevator buttons and such). You had to do the temperature check thing before you could check into your room. (although it seemed like this was only enforced during prime check-in times). Masks were required on the gaming floor. They sort of have security guards at the entrances and elevators enforcing it. From what I saw nearly 100% of people were wearing some type of face cover, however I'd estimate that 25% either had it pulled down, or otherwise weren't wearing it correctly.
Random observations: Usually you see a dog here or there on the floor, I would estimate I saw 10x the amount of people with what I assume were service dogs. Also, mobility scooters. I would estimate I saw 5x what I normally see on the floor.
The amount of people walking around on the casino floor didn't seem too far off from normal. It was a hair less than usual but it def didn't see "dead" at all. Poker room was closed. All the buffets were closed and I'd say about half of the restaurants were closed or limited hours. If you wanted to get a drink you had to order food and sit down. All the bars in the casino were closed and all barstools removed. You had to either order drinks from the cocktail waitresses or buy them from the little souveniconvenience stores in the casino.
The slot machines were either pushed together in triangles or only every other slot machine was turned on. Same for bubble craps, only 4 total machines turned on (5$ minimum). I don't know this for sure as I was there by myself, but I don't think it was allowed to have 2 people next to each other at the craps table between the same plexiglass, even if you were together. I didn't see anyone do it or ask about it, but I did see some couples not playing next to each other and I assume they would if they could have.
Overall, I didn't feel it was as fun of an experience as usual. Probably won't go back until things are normal.

Summary of the Persona 5 Royal info from the trailer and website (includes P5 Spoilers!)

Finally, some info!
I'll divide this into details from the trailer and details from the site (there's a lot of the latter), with a few bits of speculation thrown in (I'll make it clear which details are confirmed and which are just mine though):
The trailer (in roughly the order of appearance):


Those shoulders look too broad to be Kasumi's (and doesn't seem to have long hair or a ponytail), but they have hair so can't be Shido. But those are definitely seams on the edges of the shoulders...it's Takuto, isn't it?
Maybe Kasumi talks first and Takuto hijacks the message and/ or kidnaps or attacks her while she's delivering it? Maybe they're the same person under different personalities? Atlus has done weirder stuff!


Edit 8: I wrote another post analysing the English fan-translation of the trailer, including some further speculation about Gnostic influences. Please check it out too if you have the time!
The website:
There's a ton of stuff here, as I said before!
From the opening "reel" of screenshots:
Section 1: Kasumi Yoshizawa and Takuto Maruki:
Section 2:


And now Lady Ann and I will finally... happy cat noises

Ever want to take your group to Las Vegas?